Problems With Smart Cities That Can Solve AI and IoT 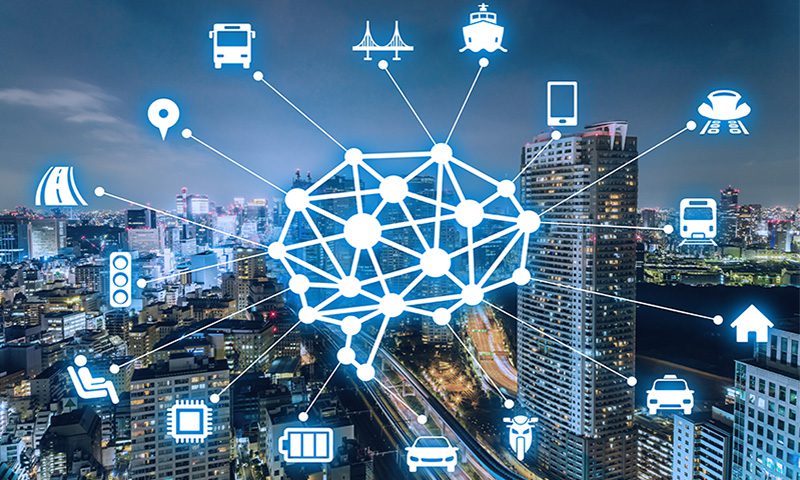 Current forecasts show that most of the general populace resides within urban areas and these figures are projected to rise even higher. By 2050, two thirds of the general populace would be considered urban inhabitants according to a United Nations report. Unfortunately, this increase in urban dwellers would result in more pressure on energy and water assets, transport systems, national healthcare budgets, and other resource-draining aspects.

These problems, however, are being investigated and solutions are in development in the form of smart cities and IoT. This means that the constraints of resources could potentially be resolved or reduced by means of Internet of Things (IoT) and Artificial Intelligence (AI) enabled solutions.

In this article, we will discuss the key challenges of smart cities and how AI and IoT can help.

By implementing this AI-driven solution and others like it, our personal lives will also benefit from not having to worry as much about work that is manual labor intensive.

It should come as no surprise that autonomous vehicles are predicted to increase in quality and quantity in the coming years. These future quality improvements will include upgrades to pre-installed sensors that recognizes individuals and vehicles, resulting in better impact prevention. Other upgrades include general improvements to steering, accelerating, breaking and other primary driving functions.

One challenge that doesn’t receive enough attention lies within the field of education. As indicated by Science Magazine, ” Reading and writing are among the most important skills in the modern world. Yet, under 50 percent of students are only have reading skills at the grade level, with some locations having a lower percentage of 20 percent.

In response to these issues, developments in artificial intelligence can prove to be of extraordinary help. AI can be used to accurately answer questions and encompass more broad learning subjects to students of all ages in an engaging way.

In addition to the obvious harmful consequences of our health, lack of AI and IoT has shown to have obvious negative impacts on the economy as well. For example, the cost of air pollution was estimated at £ 157 million in England for the National Health Service (NHS) and Social Care in just the last year alone. In this latest find published in a report of PHE, warnings showed that by 2035, the cost of these impacts can reach $ 18.6 billion.

With the power of IoT and AI, cities can have the ability to identify all major air pollution hotspots. Using real-time insights, city administrators can make informative decisions about how to deal with environmentally-related problems. As a result, these new smart cities can now plan new pedestrian and cycling routes, electric vehicle chargers, or even parking spaces based on air quality levels.

While IoT does forge new relationships and create better ecosystems, there are clear requirements for adopting new business models. In some cases, cities that want to deploy these IoT solutions simply do not have the proper funding to do so.

Though we are still in the developmental stages of optimizing new IoT and smart device capabilities, there are promising results thus far that sheds light on a hopeful future for smart cities. In the 21st century, innovative partnerships and new business models are essential for building a roadmap for economically, socially, and environmentally sustainable cities.