Winners of the Connect2.me™ Challenge and the i5 Hackathon 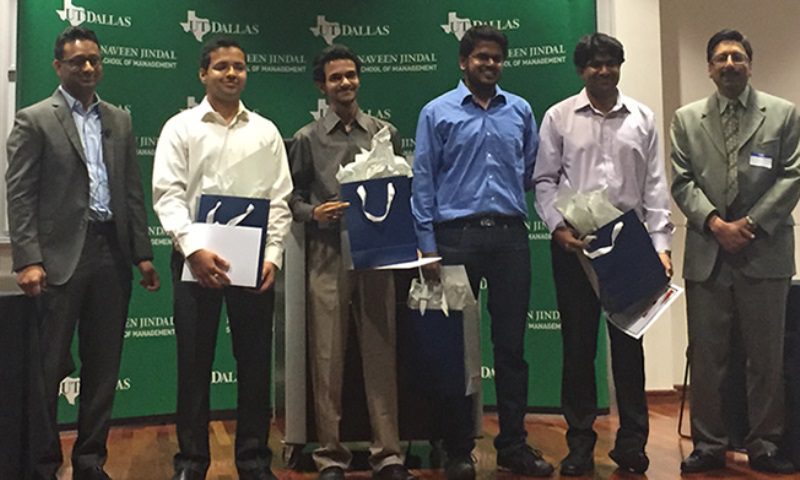 C2M® (Formerly Connect2.me) attended the i5 Hackathon by Tech Mahindra a few weeks ago at The University of Texas at Dallas. There were numerous innovative ideas that were introduced by UTD students. We had our platform available for students to integrate into their project ideas.

Challenges at the i5 Hackathon by Tech Mahindra

There were a few different challenges at this hackathon with one of them being the C2M® Challenge. The winners of that challenge were the meChair team. Their innovative idea derived from them experiencing back pain previously and an article by Crunchedd mentioning how sitting improperly can lead to death. That is why this group created this idea of the meChair! Some of the questions C2M asked the team were the following:

With that being said the team was asked what was next for the meChair and the following was their response:

Another challenge was the i5 Hackathon Challenge by Tech Mahindra. The winners were the CodeLab team consisting of 3 UTD students.  CodeLab is a real time collaborative code editor primarily to teach computer programming to young girls in remote areas. CodeLab lets you seamlessly code like you’re in the same room. It included features like real time rich messaging and translation between teacher and students, two-way sharing of the code editor, real-time video call and performance feedback.

The CodeLab team came up with this idea one day before the hackathon by looking into different APIs presented such as the C2M® (Formerly Connect2.me) API that could be used to make things smarter and connect to the Internet. Similarly the Kandy API could be used to add realtime communication into normal processes such as code sharing and browsing, teaching, studying and notes sharing.   The team was asked the following questions:

Overall, the hackathon was a great success for everyone that attended and participated. C2M® was glad to help students with integration of the C2M platform and continues to help developers. If you have any questions about C2M® please contact us today.